Our Story: The Mahogany Dance Difference 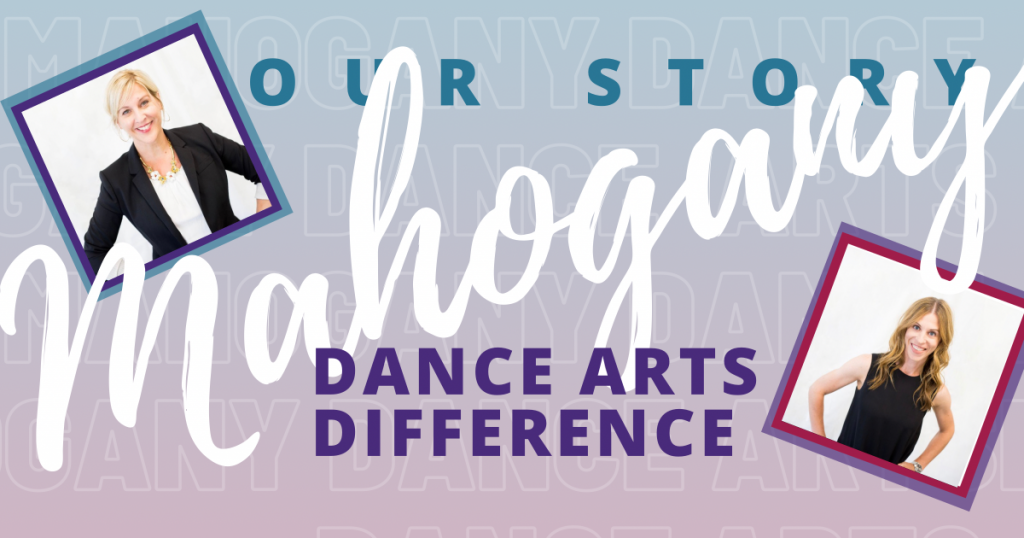 Meet Miss Gillian and Miss Diana, the directors of Mahogany Dance Arts. This is the story of how they grew from a small business to one of the most successful dance studios in Southern Alberta.

It Begins in Calgary...

Gillian Howatt was born and raised in Calgary, Alberta. She was the girl with the blonde ballet bun who loved being on stage. Gillian grew up at the dance studio and was torn between pursuing her passion for dance and secretly joining the circus and owning a pet monkey. Her teacher helped her abandon the circus idea and ignited Gillian’s inspiration for dance. With the right mentor and the right mindset, she directed her creativity into choreography and started working for the Choreographic Workshop at the young age of fourteen. Having had a teacher who helped her achieve her dreams, she wanted to be part of the same magic for future dancers. Through her years as a mentor and teacher to students, Gillian had the pleasure of teaching her daughter Emily. Miss Emily now teaches at Mahogany Dance Arts and has the same passion and creative mindset as her Mom.

Diana also grew up in Calgary which makes the community component of the studio very special. As a young dancer, Diana was highly motivated and fiercely competitive. When she wasn’t dancing seven days a week, she was dreaming about dancing. Although she passed all of her exams and received numerous awards, her favourite memories were the trips and experiences with her dance friends and the studio. Dance filled Diana’s heart with love, her head with ideas and her passport with stamps. Dance took Diana all around the globe. One of her favourite jobs was in Tokyo where she landed the role as Ariel from The Little Mermaid. Since then, she wanted every dancer to have the opportunity to dance like a Disney Princess and live a life full of possibility.

A couple of years later, Diana and Gillian met at Dance Power, one of the largest and most recognized dance competitions in Western Canada. With an extra-large latte in one hand and a mechanical pencil in the other, Diana adjudicated Gillian’s students.
She was impressed by the themes and unique choreography that allowed Gillian’s dance team to stand out on stage. The ladies met backstage and bonded over dance, goal setting and growth. This was just the beginning.

We were ready for growth & the ability to offer all that we knew & had experienced with more children in the dance community.

Starting the Studio Together

After working together, Gillian and Diana dreamt of starting a studio together. With similar core values, they wanted to build a beginning based on kindness, courage, community, teamwork, determination and respect. Gillian has owned a dance studio for 30 years and recruited numerous dance educators who graduated under her guidance to come along on the Dance Arts journey. Her students wanted to be part of this new dream and pass on the love of dance that Gillian instilled in them. Diana, led by example, and her students also wanted to inspire the next generation of dancers. From there, they started building their dream team. Today they are a group of two directors, nine dance educators, one amazing administrator and a handful of student teachers. This team prides itself on being role models, mentors and one big, happy “family.”

The first couple of years at Mahogany Dance Arts were a whirlwind growing & building the studio to what it is today. Gillian and Diana vividly remember the day they received the keys to the studio and the excitement of unlocking the door for the first time. They weren’t just unlocking a door, they were unlocking the potential of a new generation of dancers. After a year and a half of COVID, the directors are more excited than ever to be back in the studio. They send a sincere thank you to all the students for helping them keep their doors open and their spirits lifted.

As dance educators we can’t wait to return to the studio, knowing the true value that dance and the arts brings to each and every child’s development, happiness and well-being.

Fall Registration is open and is filling up fast. Check out the full schedule online, come in for a tour and experience the Mahogany Dance difference.

We're happy to help & would love to answer any questions you have about our studio, upcoming program & classes!